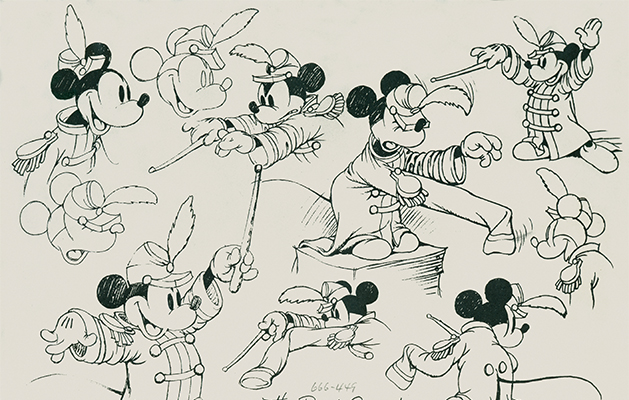 Join us in celebrating the distinctive talents and enduring influence of Walt Disney Studios’ most celebrated artists, playfully dubbed the “Nine Old Men” by Walt Disney, featuring never-before-seen artwork from all animated features beginning with Snow White and the Seven Dwarfs (1937), to The Fox and the Hound (1981).